Occasionally, however, if I happen to suggest it to a client I may get a reaction such as “BORING!”, “but there’s nothing to do there” or “but it has no real culture” etc… I have also, on many occasions, caught my colleagues referring to Fiji as a ‘flop and drop’ kind of destination (see my feelings on this term here) and reinforcing these myths that really couldn’t be further from the truth.

Every country has culture and Fiji is no exception – it just isn’t what we busy westerners think of when we consider what may define one. I believe that this magnificent country and it’s beautiful people deserve to be known for more than just pretty stretches of sand.

My love of Fiji goes back to my 21st birthday. I had had a rough year: two close family members passed away in an accident, I broke up with my boyfriend of four years, and some strong friendships ended. It was pretty tough. For my birthday, my parents gave me a whole bunch of money (oversized novelty cheque to boot!) to go away. I was thinking Egypt but my parents laid down some conditions: it had to be a “real holiday”. Read: sun, beaches and boys. Fiji it was. 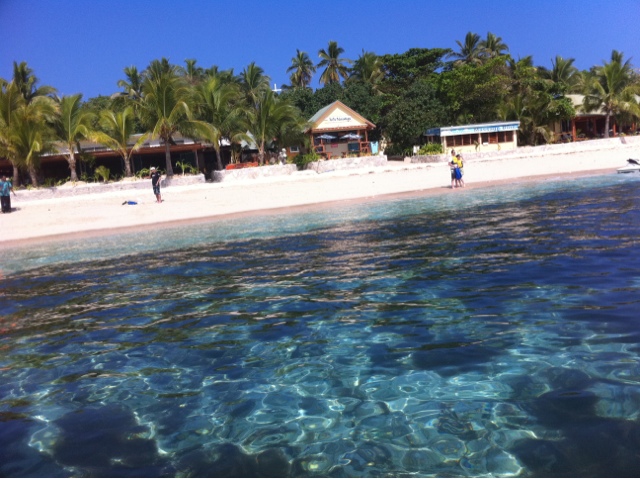 I ended up at Beachcomber Island (above), and then Octopus Resort on Waya Island. Sure, I partied – a lot – but then I settled into the island life routine. The true magic of this place lies in the resounding “bula!” you get everytime you walk past someone – like everyone is truly happy to see you, like it’s a big deal you’re there – and the way everyone makes you feel like you’re just meant to be there. They don’t ‘dumb down’ their way of life for you, instead they show you how to embrace it and in turn, they embrace you. 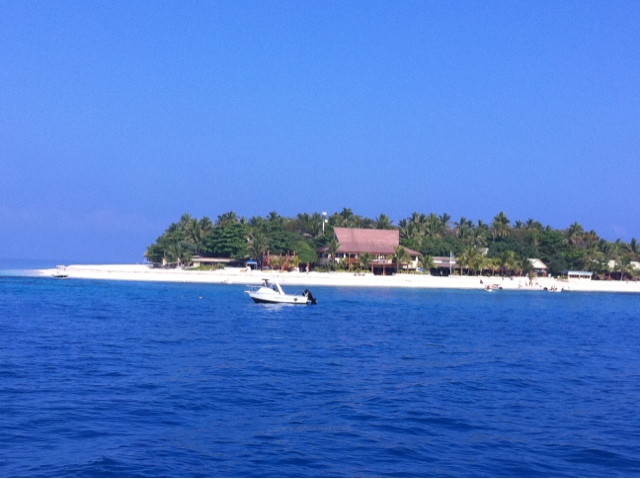 I have since been lucky enough to go back to Fiji for work, and I plan to take Boyfriend sometime soon. I will also one day take my children as it’s a place little ones can learn a lot from – they can explore, relax, and learn about the world in a vibrant, friendly and safe setting.
flygirl’s top experiences:
flygirl’s top places to stay:
In the words of a song played on the ferry to Beachcomber: “Where the girls are easy and the boys are hard to get – that’s the Fiji Island way!” (Disclaimer: I saw none of that.) 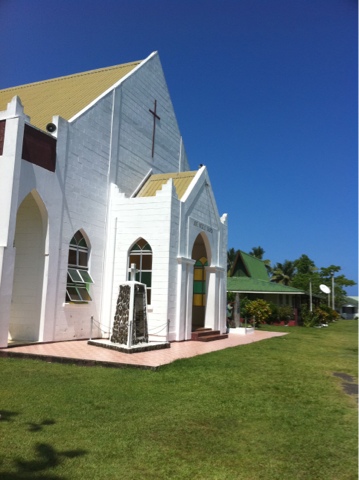 Fun on Beachcomber Island
There’s a term commonly used in my industry: the “flop-and-drop” holiday. This is generally a holiday, or even an entire destination, where there’s not a lot going on and the idea is to relax, have a mai-tai and swim in the resort pool. It’s not a term I particularly like because I think it gives people who may not know much about a destination an excuse to pigeon-hole places and thus give “informed” recommendations, but by the same token I can understand why a term like this may be used.
Conversely, I find this term can be used by those who feel the package holiday is beneath them (you know the ones, the I’m-so-cool-I-can-do-it-all-by-myself backpacker types who make snide remarks about package holiday-makers) and if used in this way it can shame the less ‘adventurous’ into feeling like they’ve made the wrong decision.

The thing is, there’s a time and a place for everything. I make jokes about how I’ve sold out because I’m more of a package tourist now, but there’s a reason why I travel differently these days to when I was nineteen. For one, I grew up. That doesn’t mean all backpackers are immature gap-year kids, but what it does mean is that I have a career, I’m time poor, and when I’m away I want to spend the least amount of time possible trying to get organised. I’m also happy to pay more for the experience. I also like organised tours, because it means I’m motivated to get up off my arse every day and I know I’ll come back with all sorts of stories. It’s also likely I’ll meet some nice people on the way through.
So, this being said, my next few posts are going to be about some destinations a few people are quick to dismiss as “boring flop-and-drop holidays”, and why I think everyone should give them a chance.